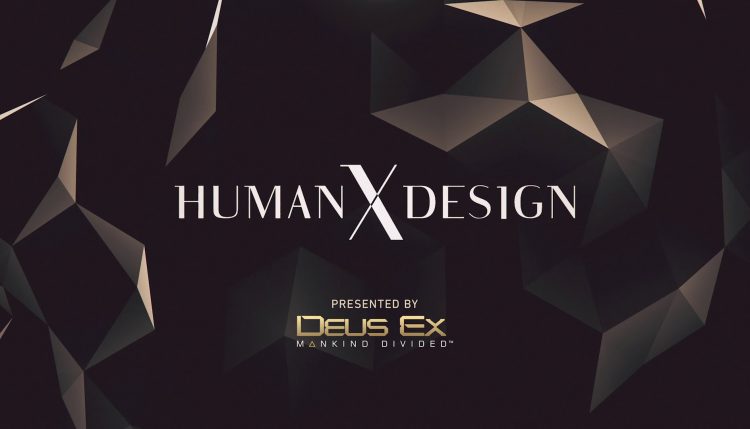 Square Enix have partnered with CNN’s Courageous Studio to release a new documentary exploring the world of human augmentation; Human By Design. This documentary, which was created in conjunction with the Human by Design conference, will look at the way the lines between humanity and technology are blurring and it will be available exclusively on Amazon Video.

“Human by Design” is a 30-minute film that follows 12 extraordinary people at the intersection of technology and imagination. Inspired by the futuristic themes and ethical questions contained in the video game Deus Ex: Mankind Divided®, developed by Eidos-Montréal, this real-world journey introduces the leading minds in human augmentation that are redefining what it means to be human.

“This documentary is meant to inform and inspire, which many may consider outside the norm for a video game. However, if you know about the Deus Ex universe, then you also know that this type of film makes perfect sense. Bionics and human augmentation are rapidly advancing, and as a result, it’s time for everyone to consider the social and ethical impact that this will have on mankind. We are excited for people to see this film, and we could not be happier with the Amazon Video partnership.” Jon Grant, senior product manager at Square Enix.

The team of journalists and filmmakers from Courageous travelled the world to people, technologies and issues that are at the forefront of the human augmentation movement. The research for Human By Design uncovered ‘a technological future that has already arrived.‘

The film features a varied collection of people who are all connected to the world of human augmentation in different ways;
Asem Hasna – A Syrian university student who left school at the start of the revolution to become a paramedic. He lost his leg when his ambulance was hit by artillery. He now works with Refugee Open Ware to create low-cost prosthetics for refugees in camps.

Neil Harbisson – A British-born cyborg artist and activist for selective augmentation best known for curing his color-blindness by having an antenna implanted in his skull to detect colors such as infrareds and ultraviolets via sound waves.
Tan Le – The founder and CEO of Emotiv, a bioinformatics company advancing the understanding of the human brain and creating devices that will let people control technology with their minds.
Michael Chorost – A groundbreaking “cyborg memoirist” who was an early adopter of the cochlear implant 15 years ago.
Regina Nuzzo – A teacher of statistics at a deaf university who received a cochlear implant one year ago, and created a device to train her brain to hear sounds previously inaudible to her.
Hugh Herr – A leading biophysics engineer at MIT Media Lab who lost his leg in a mountain-climbing accident and is working to deploy technology that nullifies the limitations of all disabilities.
Will Rosellini – IP expert and entrepreneur who is focused on repairing the nervous system using active implantable devices.
Cathrine Disney – Materials innovator who was born with a limb difference and is the first women to wear a 3D Prosthetic limb designed after a video game characters arm.
Samantha Payne – Co-founder of Open Bionics, an award-winning startup developing low-cost bionic hands for—closing the gap to make high-quality prosthetics affordable.
Jonathan Jacques-Belletête – Executive art director of the Deus Ex Universe at Eidos-Montréal whose job is to dream as far into the future as he can go—He is the designer behind the real life Titan arm modeled after the lead character in Deus Ex: Mankind Divided.
E. Christian Brugger – Cardinal Stafford Professor of Christian Ethics at John Vianney Major Seminary in Colorado and author of multiple articles on topics in bioethics, natural law theory and the interdisciplinary field of psychology and Christian anthropology. Brugger’s passion is to ask the big questions in human augmentation and help determine the ethical guideposts.

Steven Sanchez – Exoskeleton pilot who was paralyzed as a teenager. Sanchez is on a quest to walk again and believes that exoskeletons should be available to everyone, not just the disabled.

Available today, please visit Amazon.com to watch the documentary or watch the trailer below:

Worms W.M.D. to have over 80 different weapons