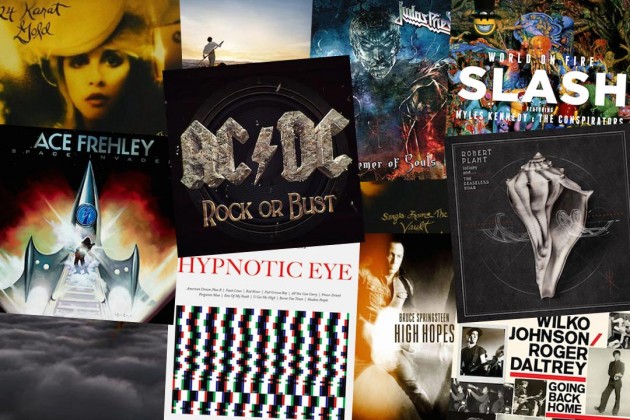 The votes have all been counted and over the next few days we will bring you the results from each of the seven categories. First up we let you know the music album that you have given the title of Album of the Year 2014…

58 albums received votes, but it was a straight fight between three albums for the crown…

An international success, the album charted at number one in twelve countries, including the UK Albums Chart and the US Billboard 200, and reaching the top 5 in eleven other countries. Three singles were released from the album, “Sing”, “Don’t” and “Thinking Out Loud”. Sing becoming Ed’s first UK number-one single.

The Oz-rockers fifteenth studio album and also their shortest (at only 35 minutes). Rock or Bust reached number one in 11 countries and top 5 in 12 more. It is the band’s first album without founding member and rhythm guitarist Malcolm Young, who left the band in 2014 due to the onset of dementia.

Let us know your thoughts in the comments below and check back over the next few days for the results of the other categories, including the big one – Game of the Year 2014.