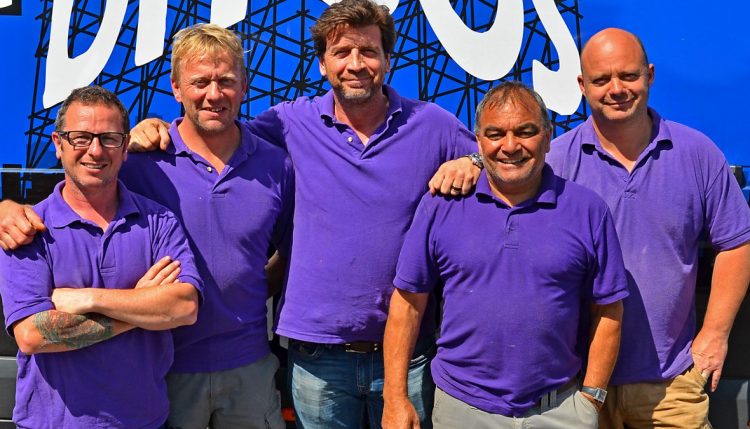 At PLAY Expo Blackpool the charity we helped to raise money for was Blackpool Carers Centre and now we have some more good news about them.

Blackpool Carers Centre help to offer support and respite for carers of all ages including young carers. Young carers often help to care, unpaid, for a parent in their own home helping with daily needs as well as those of younger members of the family. Blackpool Carers Centre offer help, advice and support to these young people be it in the form of information or just clubs and social activities. These meetings allow them to meet other young people in similar situations as well as engage in fun, relaxing activities suitable to their age.

The building was originally built in the 1890s as two semi-detached properties and in more recent years was used as the Blenheim House Child Development Centre until they moved out in 2014. Since then the property has been empty and rundown by vandals and time. The BBC’s DIY SOS team along with many local volunteers are going to step in and transform this building into a state of the art centre that will allow Blackpool Carers Centre to help thousands of carers in the local area.

Thanks to the support of the visitors who bought tickets the raffle at PLAY Expo Blackpool raised over £1500 for the Blackpool Carers Centre and was graciously received and will help the centre and the carers a lot. It’s difficult to think then what a change a whole new building will make.

The DIY SOS team are set to descend on Blackpool from June 28th to help turn Beaverbrooks House into a whole new building for young carers. The whole of the building including garden and parking will be made over, this level of building work would normally take over 4 months to complete but the crew and team of around 200 volunteers are aiming to do it in just 9 days. At the moment services for the 400 young carers that the Blackpool Carers Centre help are currently based in community locations, so the new centre will bring them all together and give them young people a place that really feels like their own.

The episode will air on TV later in the year, so have your hankies ready, it’s going to be an emotional one!

Worms W.M.D. to have over 80 different weapons