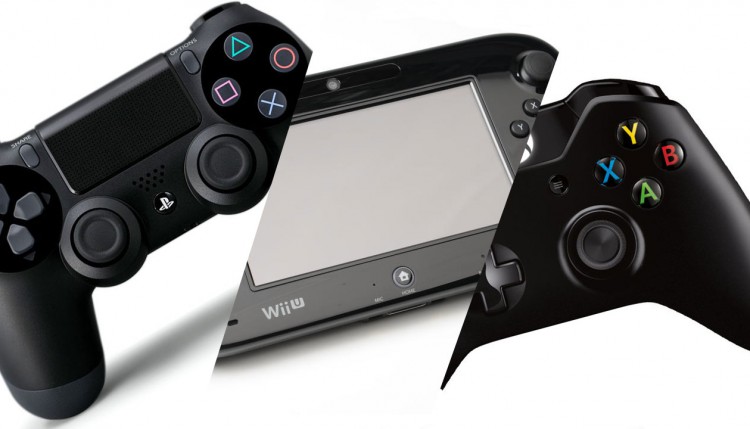 It has been a big year for the console market, with the big two of Sony and Microsoft fighting to get established first and Nintendo doing their best to keep up after a slow start for the Wii U. We also saw handhelds have a big year with some AAA releases on the 3DS and sales of PS Vita swelling due to the remote play and cross-buy facilities. Even the last-gen machines continued to hold their own. But lets also not forget new retro focused machines like the JXD and the Retron 5.

As we continue our review of 2014, we bring you the console you have voted best of 2014. There are nine major machines on the market right now and all of them received votes, however we saw a clear winner taking almost 40% of the votes….

At launch it was overpriced and handcuffed to a peripheral that most of us didn’t want. But a year on it costs the same as PS4, almost matches it technically and has enough exclusives to warrant it’s place in the top 3. Whether it can (or needs to) overturn Sony’s sales advantage is not clear, but the future looks a lot brighter for Microsoft’s flagship.

It has taken much longer than Nintendo would have wanted for the Wii U to  grab a foothold in the next-gen market, but with a unique controller and exclusive titles like Mario Kart 8, Super Smash Bros and Bayonetta 2 it is certainly a force to be reckoned with.

It is fitting that as Sony celebrate the 20th Anniversary of the Playstation brand, they also celebrate the title of people’s choice with their latest console. The PS4 trounced it rivals for a good 6 months after launch and many technical experts have asserted the hardware advantages of the machine. But it is games that make or break a machine and the PS4 has delivered with exclusives like DriveClub, Little Big Planet 3 and The Last of Us Remastered, as well as upcoming games to get excited about like Uncharted 4, Bloodborne and The Order 1886.

PS4 took a whopping 38% of the vote, with it’s closest rivals the Xbox One and Wii U getting 15% each. A chart showing the breakdown of the voting is below. Let us know what you think in the comments section.