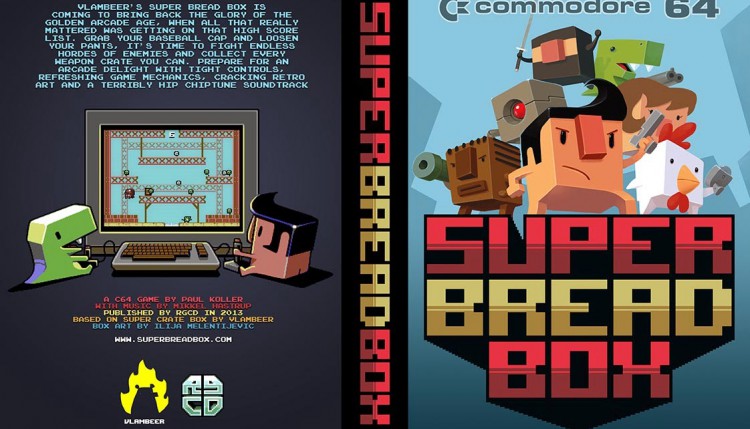 Super Bread Box,  the acclaimed Commodore 64 demake of Vlambeer’s indie classic ‘Super Crate Box’ is now available FOR FREE thanks to developer Paul Koller and RGCD. The game was a huge hit at Play Expo 2012 and we would urge you to download it right now. Or why not go the whole hog an buy the C64 cartridge version!

“SUPER BREAD BOX is an official conversion of the 2010 indie classic SUPER CRATE BOX for the C64 computer, developed by Commodore enthusiast Paul Koller and published on cartridge by Vlambeer and RGCD. A cut-down version of Super Bread Box was developed for the 2012 RGCD 16K C64 Game Development Competition, which it won. Since then it has grown to become a full game that includes almost all of the features of the original, as well as three new and exclusive levels and additional playable characters from the modern day C64 and indie gaming scene!

Check out the website for information and to download the game for use on a Commodore 64 emulator.